To try and define the experience of Reiki is like trying to capture the essence of love. It is uniquely personal and limitless in its description. – Reiki Master Karen Gordon 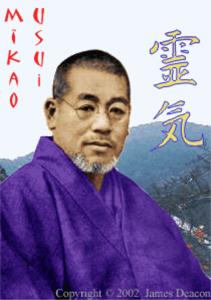 Reiki (ray-key) is an ancient Japanese folk art that uses universal life force energy to heal and restore.  Originally developed in Japan by Mikao Usui in the 1920s, it spread to North America 50 years later, and now stretches around the world.

In Western translation, the word Reiki is seen as being made up of two Japanese words – Rei and Ki.  Literally, taken one word at a time, Rei can mean supernatural force or spiritual intelligence; Ki can mean life energy. Thus Reiki is often described in the West as spiritually guided life force energy.

Reiki Master Karen Gordon captures the essence of Reiki totally when she states: The energy of Reiki is manifested according to its relationship with each individual. It might be expressed as a dance between the practitioner and her client. It could be understood as the commitment between an experienced and sincere Reiki Master and her student. If a person chooses to be initiated into the system of Reiki healing, she is choosing to open herself to unlimited potential for challenge and growth, because through self-treatment the healing of human experience is supported. Ultimately, whether manifested through a teacher, a student, a practitioner or a client, Reiki healing, in all its variety of form and structure, is a deeply personal experience.